Symbolic execution as well as incremental solving has been quite well known concepts to the researchers and students working in the field of Formal Methods.

One of the ways to solve these is to create a solver instance for each of these formulas separately and ask the solver for a solution for each of these separately. Note however, that any assignment/model/interpretation that does not satisfy $\varphi$ is not going to satisfy the other two. Similarly, any assignment that does not satisfy $\varphi\wedge\Delta_1$ is not going to satisfy the last formula. Essentially, adding more constraints to the existing formula is going to preserve the fact that assignments that falsifies a formula continue to do so even after more constraints are added.

It would result in a huge performance gain, if we use the same solver instance to solve all the three formulas. When we reuse the solver instance, the internal state of the solver including variable and clause activity scores, learned clauses, etc., are carried over and reused for the next query.

This way of solving a set of formulas with successive queries to the same solver will be denoted as partial incremental mode.

Now, suppose we have the following set of formulas: $\varphi \wedge \Delta_1, \varphi \wedge \Delta_2, \varphi \wedge \Delta_3$. Note that, though $\varphi$ remains common, it is no longer the case that one formula is just addition of constraints over the other. The second formula can be obtained from the first by deleting $\Delta_1$ and adding $\Delta_2$. However, the moment you delete a set of constraints, the assignment that used to falsify the old formula may no longer falsify the new formula. Therefore, the search space that was discarded earlier by the solver has to be explored again. The internal state of the solver can not easily be reused in such a scenario.

However, many modern day solvers have another trick up their sleeve, called assumptions. Assumptions are a list of literals that can be logically thought of as added unit clauses. When you know that some constraint may no longer be required for successive queries, you can add that constraint being enforced by an assumption. Therefore, the first formula, can be rewritten as $\varphi \wedge (b_1 \implies \Delta_1) \wedge [b_1]$. Here, $[b_1]$ is an assumption, which can logically be thought as a unit clause. Therefore, making this formula equisatisfiable to $\varphi \wedge \Delta_1$. To transform, the first formula to the second one, now we can add $(b_2\implies \Delta_2)$ and change the set of assumptions to $[\neg b_1,b_2]$. So the second formula now looks like:

When you think that assumptions are logically just unit clauses, then the above formula in some sense deletes $\Delta_1$ because the premise of the implicant is false. Therefore, we are transforming one formula to the next just by adding $(b_i \implies \Delta_i)$ and changing assumptions. Note that we are changing $[b_1]$ to $[\neg b_1]$, which looks like we are deleting $b_1$ and adding $\neg b_1$, but solvers treat assumptions in a spacial manner internally. It is still the case that the assignment that falsifies the first formula may no longer falsify the second formula. However, using assumptions still allow a lot of information pertaining to $\varphi$ to be carried over to the next query. Thus, assumptions allow us to salvage at least some information, which would be lost if we were to create a different solver instance for each query.

Of course, adding such $(b_i \implies \Delta_i)$ for a lot of successive queries result in degradation of performance because of large memory footprint and slower iteration over internal data-structures. However, assumptions allows us to reuse a solver instance and can give great performance benefits if the common subformula $\varphi$ is very large and $\Delta_i$ are small and few in numbers.

This way of using the same solver instance for successive queries will be denoted as full incremental mode.

Let’s take a look at a motivating example for symbolic execution.

Look at the subroutine foo given below. Note that the assertion violation will happen only when variable y gets -10 as its value at line 1. Assuming an int to be of 32 bits, and if you were to test this subroutine by generating values of y uniformly randomly and running foo, then the probability of you finding the bug will be $2^{-32}$.

The problem with testing, as mentioned above, is that a single run only exposes program behaviour for a single input value along a single path.

Symbolic execution uses a predicate at every program point along a path to represent the set of values program variables can take along the given path. This predicate is also often called a symbolic state.

For example, the symbolic state after executing lines 1-3 would be :

Pinaka being a single path execution engine, maintains a worklist of symbolic states that are yet to be explored further. Therefore, at a branch, it picks one state to be explored further and puts the other one on the worklist. Say, it picked the symbolic state for the then branch. Pinaka also employs eager feasibility checks. In other words, at every branch, it poses a query to a constraint solver whether the symbolic state is feasible or not. If there is no solution to the predicate, then the corresponding symbolic state is deemed to be infeasible, indicating that in an actual/concrete execution, it is not possible for the control to reach this point.

Observe that this symbolic state given in $(4)$ above is infeasible and therefore, in a real execution line 7 is unreachable irrespective of the input value of y.

In the DFS (depth first search) exploration strategy, Pinaka picks the last unexplored symbolic state from the list. This can easily be achieved when we operate the worklist of symbolic states pending further exploration in a LIFO (Last In First Out) manner. In this example, it would pick the symbolic state mentioned at (5) above, corresponding to the if condition being false at line 6.

In the partial-incremental mode, once a symbolic state is found to be infeasible, a new solver instance is created to explore the yet unexplored symbolic state, in this case, (5) above.

Once the symbolic execution has gone through the path depicted by lines 1-6, 8,11 we have to check for assertion violation. Essentially, we again want to know, if there is any set of values that program variables can take that can result in assertion violation. This can be done by asking if the following symbolic state is feasible:

Observe that we negated the condition inside the assertion as we want to know if the program variables can take a set of values that violates (negates) the condition given in the assertion. Note that (8) above is satisfiable with $(y_0,-10)$, thus revealing that foo can fail if the value of the parameter y is -10.

Number of paths in a program can grow exponentially in proportion to the number of branches in the program. This path explosion problem can pose quite a problem for single-path symbolic execution engines such as Pinaka. Eager infeasibility checks employed by Pinaka gives it tremendous performance boost as all the paths beyond an infeasible symbolic state is discarded. However, doing eager infeasibility checks would mean that every time a branch is encountered, a solver query has to be fired. Since querying a solver is expensive, increasing the number of queries can pose another challenge. That is when integration of incremental solving can provide tremendous benefit.

Pinaka performs loop-unrolling and function in-lining lazily and on-demand. This feature allows it to be used to check for termination in some cases.

Let’s take a look at the following program fragment:

Note that for all the values of x and y, if they satisfy $x-y>5 \vee x\geq 10$, this loop will terminate. It may not terminate otherwise. However, Pinaka does not compute this relation. Instead, it treats the loop condition just as a branch. So the loop will keep being unrolled on-demand as long as the symbolic state at line 1 continues to remain feasible. In another words, if there is any set of values for x and y which would make it possible for the loop to iterate at least one more time, Pinaka will also go around the loop symbolically executing the loop at least one more time. As a consequence, for a program which does not violate any assertions (safe programs), Pinaka will terminate only if the program itself is terminating. Of course, we are assuming that the solver queries themselves terminate and Pinaka does not run out of memory and time.

For programs, that may violate assertions, this guarantee does not hold. Since if Pinaka finds an assertion violation along some path, it will terminate even if there exist paths in the programs which are non-terminating.

Those who want to try this example out and compare testing against symbolic execution, following is the C++ program for testing: 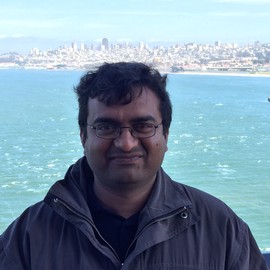